To have the optimal experience while using this site, you will need to update your browser. You may want to try one of the following alternatives:

Can leaving a water bottle in a hot car start a fire? 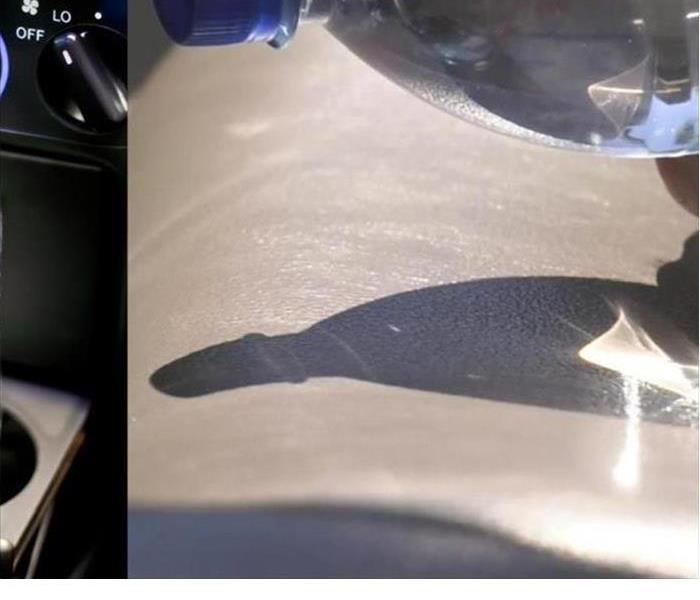 Can leaving a water bottle in a hot car start a fire?

If you are anything like me everything gets left in my car all the time, from bags, to shoes, even clothes; it’s a normal thing. We practically live in our cars, right? Well, the one item you should think twice about leaving in the car, especially when it’s hot, are water bottles. Now you’re probably thinking, what’s the harm in leaving a water bottle in the car? Well, I’ll tell you.

Plastic water bottles or glass reusable water bottles in your car are actually a fire hazard! Yes! A friend of mine recently found this out the hard way. She had actually had a wreck (everyone was fine, no bodily injuries. There was just some car damage.) and while sitting in the driver seat waiting on a tow truck she started to smell a "funny" smell in the car. She starts to investigate the "funny" smell and it turns out the bottle of water she’d left in the back seat was refracting light and causing the seat to catch on fire! As if the damage to the outside of her car wasn’t enough, she now had burn marks in her back seat! Hey, it could have been a lot worse. The whole car could have gone up in flames if it had gone unnoticed!

Incidents like these are pretty rare but it’s something we should be aware of. Firefighters have even issued a warning to drivers about hazardous water bottles.

A test was conducted by The Oklahoma Midwest City Fire Department on the matter and found that sunlight magnified by a water bottle can reach 250 degrees Fahrenheit. Firefighter David Richardson explained that the sunlight “uses the liquid and the clear material to develop a focused beam and sure enough, it can actually cause a fire, a combustion”.

Plastic water bottles can be even more dangerous because they leak harmful chemicals when left in heat. In a study investigating the effects of storage temperatures on the release of chemicals like antimony and bisphenol A, it was found that more chemicals were released as temperatures increased. The experiment also showed that when the water bottles were stored at 158 °F for 4 weeks, the release of bisphenol A and antimony didn’t meet regulation standards for chronic daily intake.

Bisphenol A, also known as BPA, is a chemical that has gotten some bad publicity over the years, and for good reason. It has been proven to alter hormone levels and is specifically linked with lower testosterone levels in men. BPA also contributes to cancer development and progression. Antimony, on the other hand, can cause stomach pain, vomiting, diarrhea, and stomach ulcers. It’s safe to say that ingesting large amounts of either of these chemicals isn’t good for anybody.

With this summer heatwave we have going on you’re probably going to be drinking a lot of water. Be cautious of the bottles you’re drinking from and where you leave them. Opt for the BPA free reusable bottles and take them with you – you’ll preserve your health, the environment, and your car that way!